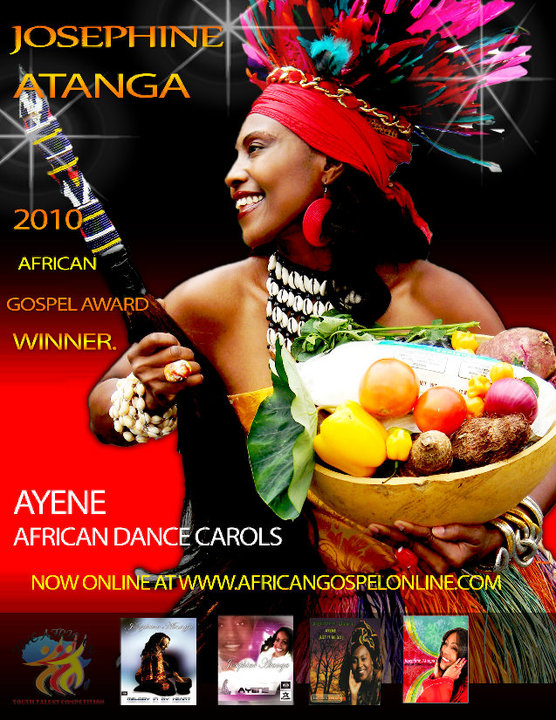 Josephine Atanga is a will known performer. She began her musical career as a young girl while in a church choir. Her debut album ‘made headline news in Cameroon and in the USA.

She is widely known to be the first African to produce Christmas songs in African best. Her voice carries a deep reflection of her African heritage.  The number of awards which she has won supports the huge talents which she possesses.

Also the producer of the popular talk show program ‘Gospel Drum,’ which airs on local TV station in Maryland, USA, as well as a fashion designer, an event planner and a humanitarian that uses her talents to impact lives around the world.

She has performed all over the USA, Europe and Africa, where her audience has included important dignitaries such as the first Lady of Sierra Leone,  Ambassadors of Sierra Leone and Cameroon, Mayors of Princes Georges Country in Maryland, US senators, different cultural groups , Special events, weddings, birthday events, different conferences, schools, churches to mention but a few. She is currently working on her new album, which will be released soon.